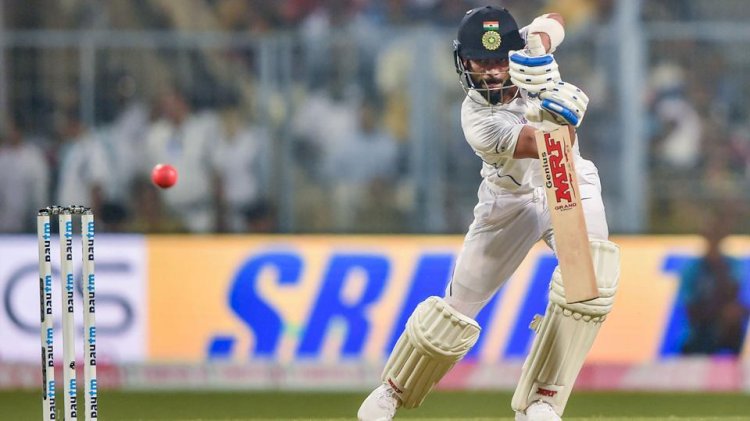 Virat Kohli, on Friday, added another glorious record to his kitty as he completed 5000 Test runs as captain on the first day of the historic pink-ball Test against Bangladesh at the Eden Gardens in Kolkata. By doing so, Kohli has now joined an elite list of international captains who have score 5000 or more runs in Test matches as skippers of their respective sides.

Kohli is the first Indian captain to join this illustrious list. South Africa’s Graeme Smith leads the list with 8659 runs in 109 matches for the Proteas and the ICC. Australian legend Allan Border scored 6623 runs from 93 matches as captain while Ricky Ponting scored 6542 from 77 matches.

West Indian legend Clive Lloyd is fourth with 5233 runs from 74 matches, while New Zealand’s Stephen Fleming notched up 5156 runs from 80 matches in charge of the Kiwis. Kohli reached the mark in his 53rd Test match.

Kohli, who was dismissed for a duck in the first Test at Indore, is the most successful Indian captain Test cricket, having overtaken his predecessor and mentor MS Dhoni earlier this year.