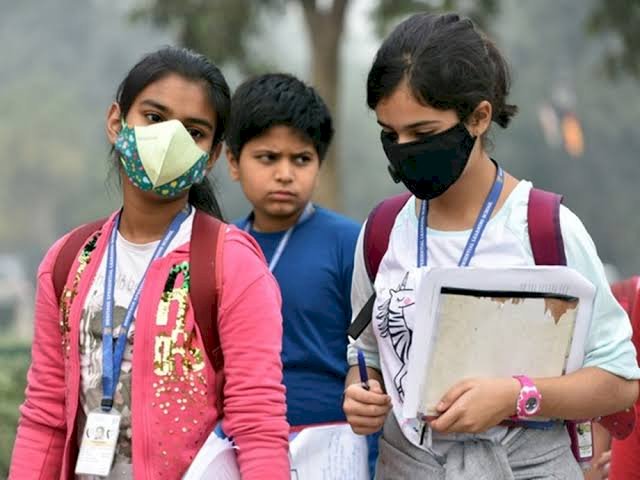 A thick haze returned to Delhi on Tuesday amid stubble burning in neighbouring states, with official forecasters saying the air quality could hit “emergency” levels during the next two days because of low surface wind and cloud cover, sparking concerns by parents over schoolchildren being exposed to poisonous pollutants outdoors.

The Central Pollution Control Board’s (CPCB) 4pm bulletin on the Air Quality Index (AQI) on Tuesday showed the pollution was “severe” at 425, a sharp rise from 360 the previous day. By 11pm, the AQI had dipped to 449.

The 24-hour average concentration of PM2.5 ultra-fine particles reported by the Central Control Room for Air Quality Management-Delhi NCR’s dashboard breached the 300µg/m3 level regarded as the threshold beyond which the pollution is considered to be in the emergency zone.

The government’s air quality monitoring system, System of Air Quality and Weather Forecasting and Research (SAFAR), said winds blowing from the northwest carried plumes of smoke from burning stubble in Punjab and Haryana to New Delhi, causing the pollution to rise. “…The transport level wind direction is forecasted to be highly favourable for plume intrusion for the next two days,” it said.