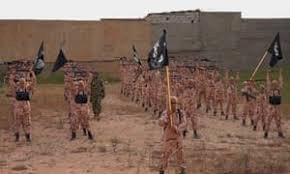 Almost 900 people, including Islamic State fighters and members of their families and a majority of them Pakistani nationals, have surrendered to Afghan security forces in the past fortnight, people familiar with developments said on Sunday. These include ten Indians as well.

The surrenders occurred in the eastern province of Nangarhar, where the Afghan national security forces are conducting operations against the IS, the people cited above said. Hours after the operation was launched on November 12, a total of 93 IS members, including 13 Pakistani nationals, laid down their arms, they said.

According to reports, 10 Indian women and children – all members of families of Indian fighters, most of them from Kerala – are believed to be among those who have surrendered. The 10 people were believed to have been shifted to Kabul. A special team from the National Directorate of Security, the Afghan intelligence agency, is gathering details of the people who have surrendered.