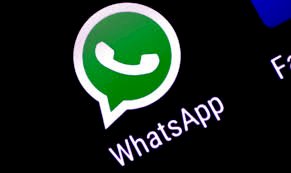 WhatsApp informed the government in September that 121 Indian citizens may have been targeted by an Israeli company’s spyware, an official at the mobile messaging services company said, detailing what was a second alert over a possible snooping attempt that came to light earlier in the week.

The official, who asked not to be named, said the company had responded to the ministry of electronics and information technology’s calls for an explanation over the kind of breach and what steps it had taken to protect users.

The two alerts – one in May and the September communication – were reiterated in the response, which was sent ahead of the November 4 deadline set by the government, this person said, asking not to be named.

Several human rights activists, lawyers and journalists in India came forward on Thursday to say that they had been identified as targets of a phone hack that was allegedly carried out through the popularly used messaging application by Israel-based NSO Group. WhatsApp on Wednesday sued the company and said it spied on around 1,400 people across the world using its Pegasus spyware – allegation that NSO Group denied.

My phone is tapped at the behest of Centre: Mamata Banerjee on snooping row