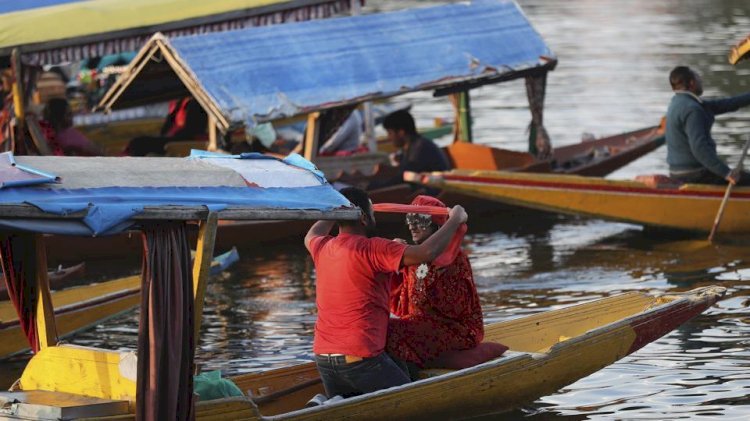 Jammu and Kashmir will open for tourists from Thursday two months after an advisory was issued asking tourists to leave the Valley due to “terror threat”.

The decision to lift the curb was announced by the governor Satya Pal Malik on Monday following a “situation-cum-security review” meeting with the advisers and the chief secretary.

The Centre had, on August 2, cancelled the Amarnath Yatra and advised pilgrims and tourists to cut short their stay in the Valley “immediately” in view of the “intelligence inputs of terror threats”, days before the revocation of Article 370 that gave special status to Jammu and Kashmir.

In another move, the administration re-opened higher secondary schools, colleges and universities on Wednesday.

In Srinagar, security forces were stationed outside the prestigious Sri Pratap College and were allowing students on the campus after checking their identity cards. “I came here to get the study material and not to attend the classes. The teachers told us that the classes can only start once the situation becomes normal,” said a chemistry student, who did not wish to be named.

Restrictions, imposed in the aftermath of Centre’s August 5 move to abrogate Article 370 and bifurcate Jammu and Kashmir into two union territories of Jammu and Kashmir and Ladakh, have been lifted in phases in the past two months. But a shutdown against the government’s move continues while mobile and internet services remain largely blocked.