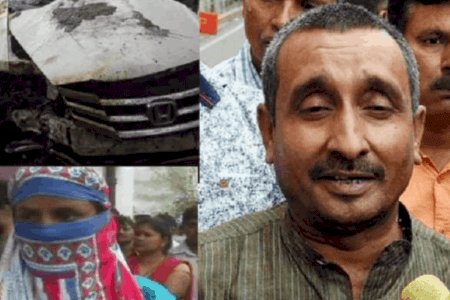 Over 15 days before a road accident in Uttar Pradesh's Raebareli left the Unnao rape survivor critically injured and killed two of her relatives, she had written a letter to the Chief Justice of India (CJI) claiming that they faced grave danger to their lives.

Now, amid allegations that the accident was orchestrated by Kuldeep Sengar, the BJP lawmaker accused of raping the teenager in 2017, Chief Justice Ranjan Gogoi has directed the court registry to submit details of the letter. "The CJI has asked the Secretary General to go through the letter written in Hindi for preparing a note of it for his perusal," an official of the Supreme Court said.

On Sunday, the teen, her two aunts and her lawyer were travelling from Unnao to Raebareli when a truck with its number plate wiped rammed their car. The driver of the truck and its owner have been arrested.

The investigation into the road accident has now been transferred to the CBI.

The letter reportedly related several incidents that occurred between July 7 and 8, when some people allegedly associated with Kuldeep Sengar, jailed since last April, threatened the survivor's family. The letter also requested the court to ask the police to file a case against the people who allegedly tried to intimidate them.

30 steel companies down shutters, Tata Motors on a closing spree