Why Aaditya Thackeray is deviating from the Thackeray family tradition not to contest the elections? 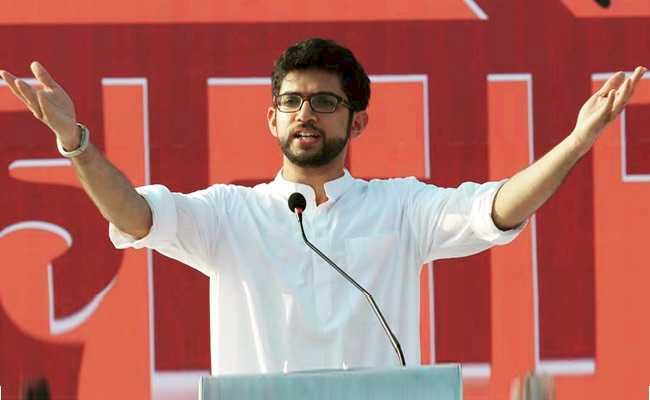 Aaditya Thackeray, 29, will become first member of the Thackeray family as he files nomination from Worli assembly constituency in Mumbai on Thursday to contest the October 21 elections.

Since Bal Thackeray founded Shiv Sena in 1966, neither him nor any members of his immediate family contested elections. Thackeray himself was clear that he would not take any position of power or not contest election though his party used to be entirely depending on him for election campaign. He used to often insist in his rallies that he had no lust for power. During 1995-99 when the Sena-BJP alliance was in power, Thackeray used to say that the remote control of the government was in his hand and that he would use the same for the people. His critics used to point out that he wanted the perks of power but didn’t want any accountability or scrutiny.

His son Uddhav (who took over as Sena chief after he passed away in 2012) too chose not to contest elections though there were speculations that he would have taken chief ministership had the party won power in 2004 or 2009 assembly elections. Thackeray’s politically ambitious nephew Raj who later formed his outfit, Maharashtra Navnnirman Sena, too was at no point showed interest in contesting election himself.

Aaditya, however, will be the first from the family, to take the electoral plunge.

Why the first family of Sena has changed its stand now?

According to party insiders, the Sena leadership thinks the move is in line with the changing nature of politics. First, Aaditya’s leadership can be established as a leader who gets elected from the people has more appeal among the voters. Second and more important, the leadership thinks it is necessary to keep reins of power in hand rather than wielding the remote control by appointing others in positions of power who may not think twice before betraying the party.

Sena founder late Bal Thackeray could stay out of the government and still call the shots. Uddhav too managed to do that but there is no guarantee the future leadership would be able to do the same considering how the politics in the state is changing.

“If you look at the defections that have been happening since 2014, leaders don’t bother about loyalty and don’t think twice before defecting to other party for better prospects. In such a scenario, it would be difficult to control the government if our party is in power. As such, why hand over the reins of power in somebody’s else hand?”says a senior Sena leader.

A close aide of Uddhav Thackeray points out: “Uddhavji closely saw how the leaders groomed by his father betrayed him the moment they saw better options. Narayan Rane and Chhagan Bhujbal were given prime positions of power by senior Thackeray but they split the party for personal benefit. Even during Manohar Joshi’s tenure as chief minister Thackeray often suspected that the former was hiding things from him. Uddhavji doesn’t want something similar to happen in the future.”

231 dengue cases in 9 days in Patna, govt says no link to waterlogging