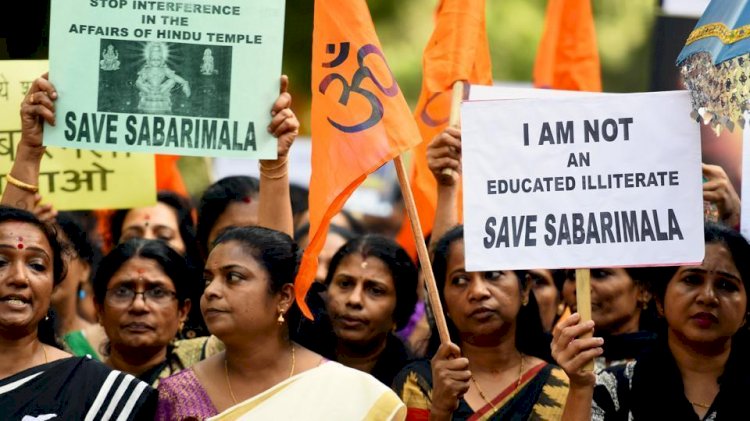 A five-judge Supreme Court bench on Thursday decided to refer its ruling on the entry of women to Sabarimala to a larger bench. “There is yet another seminal issue as to the power of the court to determine if the constitutional court can interfere in such integral parts of the religion,” the bench led by Chief Justice of India Ranjan Gogoi ruled on Thursday, disposing of the 65 review petitions filed over its landmark judgment that opened the doors of the hilltop temple to women.

The 2018 majority verdict of 4:1 had called the practice of barring women of a certain age group from entering the temple illegal and unconstitutional, triggering protests by traditionalists in the state. It had held that their exclusion on the basis of biological and physiological features denied women the right to be treated as equals.

In the weeks that followed, a barrage of protests were held outside the temple nestled in the Western Ghats in Kerala’s Pathanamthitta district.

The protests had the support of temple priests who insisted that the presiding deity, Lord Ayyappa, is a celibate and women of menstruating age can’t be allowed on account of “purity”.