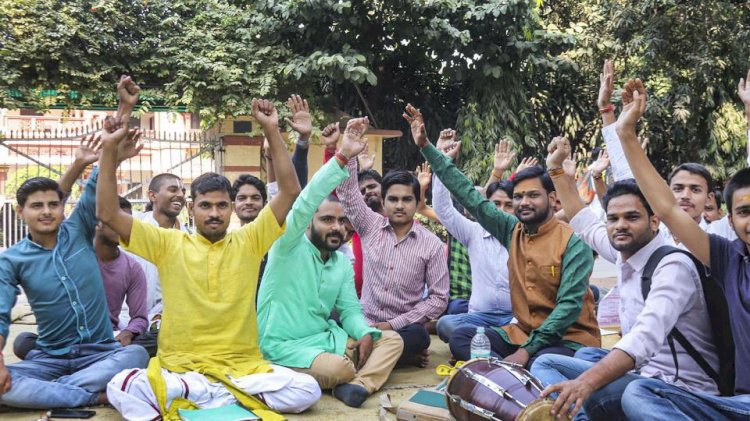 The protests against the citizenship act, which came into existence last week, have refused to die down. Many political parties and groups have given a call for nationwide protest against the law on Thursday. There will be dharnas (sit-in), marches and reading of the Preamble of the Constitution during these protests. Some states - like West Bengal and in Northeast - are already witnessing massive protests against its implementation. West Bengal Chief Minister Mamata Banerjee is leading protest marches daily in different parts of Kolkata.

Here is a look at protests being planned:

1. A group of 60 NGOs, citizen groups and Opposition parties have come together to oppose the Citizenship Amendment Act. The epicentre of their protest will be in New Delhi and Mumbai. Under the aegis of ‘Hum Bharat ke Log’, the programme is supported by all the major Opposition parties including the Congress and the NCP.

2. In Mumbai, the famous August Kranti Maidan, associated with the Quit India Movement, will host the event on Thursday. In New Delhi, a march will be organised from the iconic Red Fort to Shaheed Park near ITO (in central Delhi) at 11 am. All the major political parties are likely to participate in it. Actor Farkhan Akhtar tweeted about the event and invited people to be a part of it. “See you on the 19th at August Kranti Maidan, Mumbai. The time to protest on social media alone is over,” he said.

3. The Left parties too will hold a nationwide protest against the amended citizenship law and the National Register of Citizens (NRC) on Thursday. In a statement, CPI(M) general secretary Sitaram Yechury on Wednesday called on all district committees to mobilise their workers to protest the “unconstitutional moves” of the government.

4. In Delhi, Left parties will begin their march from Mandi House in central Delhi and join the citizen protest at Shaheed Park led by other groups like AISA and Swaraj India. “The government is hell bent on dividing people on divisive lines. I am appealing to you to come and join in large numbers the protest march of the Left parties which will join the citizens march against the CAA (Citizenship Amendment Act) and the NRC,” Yechury said in his statement.

6. College students across the country are protesting against the new law, and their agitation has intensified since December 15 over police action against the students of Jamia Milia Islamia in Delhi. The police entered the campus of the university after violence broke out during a protest march being taken out by Jamia students. With ‘torch processions’ and long marches, students have expressed solidarity with their Jamia counterparts.

7. The protesters have also taken to social media to wage the battle online. Many people are using platforms like Instagram to educate others about what they see as potential concerns with the new legislation. “We millennials are always active on Instagram,” said Islam Mirza, who completed a masters in business administration at Jamia earlier this year. The active presence of film, music and fashion celebrities on Instagram also makes it an appealing platform for young users to post pictures and videos for all to see.

8. Chinese firm ByteDance’s TikTok, which allows users to create and share short videos with special effects, is also being used to voice opposition to the citizenship law.

9. The authorities have, meanwhile, put several measures in place to check the spread of protests. In Karnataka and Uttar Pradesh Section 144 has been clamped to ban large public gatherings. All schools and colleges in Karnataka’s Kalaburagi will remain closed on Thursday. In Mumbai, Riots Control Police (RCP), Quick Response Teams (QRT) and SRPF will be deployed along with the local police, an official said. Police personnel in plain clothes will also keep a vigil and the crowd will also be monitored using drones and CCTV, he added. Security has also been tightened in Telangana, especially around the high court.

Trump 3rd president to be impeached by US House, charged with abuse of power, obstruction

India "A Powerhouse" Across Formats, Says Craig McMillan Ahead Of New Zealand Tour