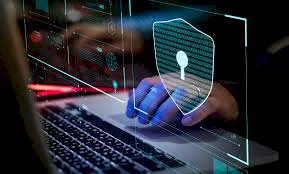 India may soon have a single authority or agency responsible for the entire spectrum of defensive cyber operations in the country, a senior official in a security agency said on condition of anonymity.

The move comes even as India faces renewed threat of cyber attacks and cyber terrorism . For instance, the breach in a part of a network of India’s largest civil nuclear facility, the Kudankulam Nuclear Power Plant (KNPP) in Tamil Nadu, in September. The attack did not compromise critical systems, but gained access to the plant’s administrative network.

According to the official cited in the first instance, the government’s plan is to rearrange and reorganize over a dozen agencies engaged in the protecting India’s cyber infrastructure.

Currently, these agencies have their individual control and reporting systems. The idea is to restructure these to ensure better coordination and functioning, the official added.

Then there are specialised units including the Computer Emergency Response Team, India (CERT.IN), National Critical Information Infrastructure, and the National Cyber Coordinator Centre.